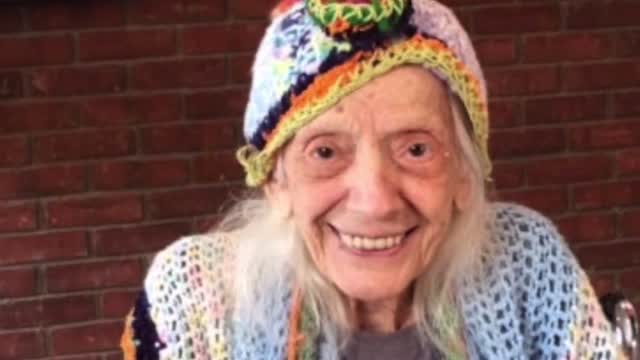 A woman who recently recovered from COVID-19 has also survived cancer, miscarriages, sepsis, and the Spanish flu.

“She has superhuman DNA,” her daughter quipped.

Angelina Friedman is quite the fighter. The 102-year-old New York woman has survived cancer, sepsis, miscarriages, and two pandemics. “She has superhuman DNA,” Joanne Merola told WPIX-TV while marveling at her mother’s endurance.

Friedman (née Sciales) was born in 1918 on a passenger ship bringing immigrants from Italy to New York City during the second wave of the Spanish flu pandemic. “Her mother died giving birth on the ship, and she was taken care of by her two sisters,” said Merola. According to the World Health Organization, the Spanish flu infected about a third of the world’s population, and roughly 50 million people died from it. Decades later, Friedman has survived a second pandemic: COVID-19. She tested positive for the virus on March 21 after she went to a hospital for a minor medical procedure. She left the hospital a week later and returned to the North Westchester Restorative Therapy and Nursing Center in Lake Mohegan. After quarantining in her nursing home room for weeks, she finally tested negative for the virus on April 20. “My mother is a survivor,” Merola said. “She’s survived miscarriages, internal bleeding, and cancer.” Merola hasn’t been able to visit her mother since February. Because Friedman is nearly deaf, they can’t speak on the phone. So, the nurses are keeping Merola updated on her mother’s progress. “They tell me she’s doing great. She’s up and […]

← Prev: United Kingdom Will Ban Children from Having Surgery to Change Gender Next: I’ve worked the coronavirus front line — and I say it’s time to start opening up →