10 Things I Discovered about Johnny Cash 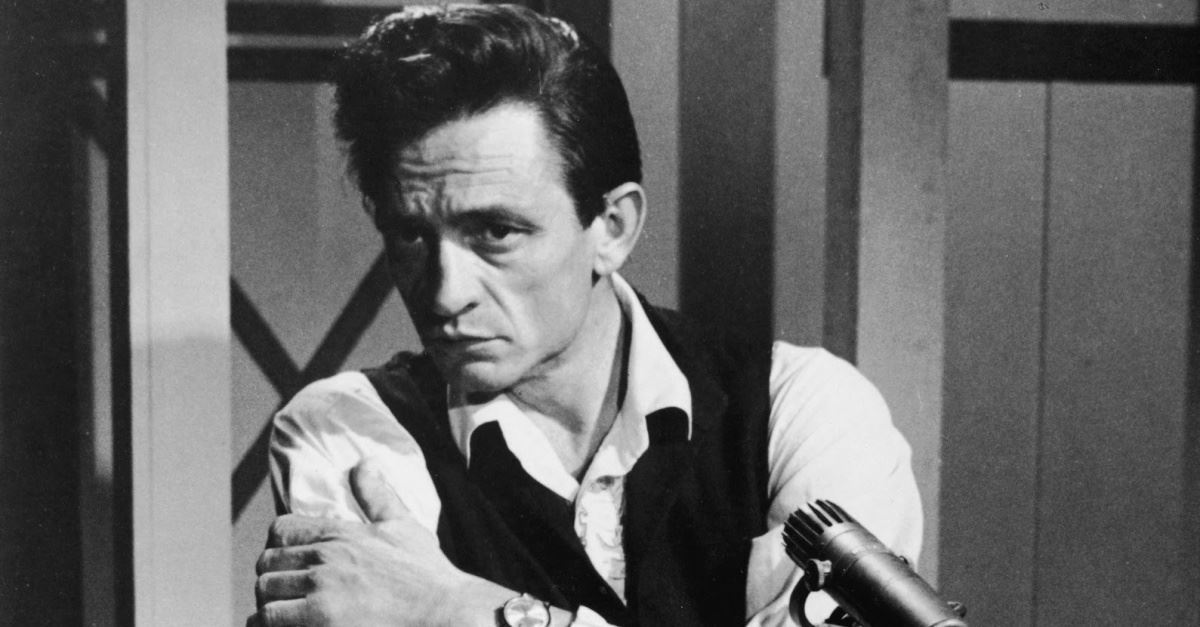 The Redemption of an American Icon Johnny Cash. The Man. The Legend. The Icon. “The Man in Black.”

For nearly a half-century, Johnny Cash’s inimitable voice and songs provided the soundtrack to millions of American lives. Cash held a special place in our hearts as he was many things to many people: a master storyteller and a world-class embellisher; a drug addict and a social activist; a full-tilt party outlaw who secretly carried a Bible in his briefcase; a committed Christian who was both a sinner and saint; a tortured soul who sometimes pinballed between the two extremes.

In my new book, Johnny Cash: The Redemption of an American Icon, I unearthed many stories about the country music legend. Here are ten quick facts I discovered.

1. He was raised as a dirt-poor child in the Arkansas Delta in the midst of the Great Depression. Like the rest of his siblings, he picked cotton to help support his family. The work was monotonous, dirty and tiring – ten hours a day during harvest season. Cash was so prodigious, according to a childhood friend, that on a good day he could pick up to 300 pounds.

2. Cash was introduced to music when he was just four years old. He was listening to an old Victrola playing a railroad song, “Hobo Bill’s Last Ride,” which began a lifelong affair not only for music but trains and America’s railway system. Throughout his career, he wrote songs about life on the rails. In the 1960s, he released “Ride This Train,” the first of many concept albums. It was also the title of one of his most popular segments on The Johnny Cash Show in which Cash, usually dressed in period costume, covered the history of America in medley form.

3. His mother Carrie not only introduced him to the Lord but a voluminous catalog of hymns. The family often sang hymns in the cotton fields to ease the drudgery and lighten their hearts. Some of the songs included “Amazing Grace,” “The Uncloudy Day,” “Are You Washed in the Blood,” “Oh Come, Angel Band,” and “Just as I Am”—the last of which played while Cash answered an altar call at a revival meeting after his twelfth birthday.

4. Cash’s faith was shaken to the core after his older brother and best friend Jack was accidentally yanked into a pendulum saw. As Jack clung to life for a week, Cash said he was visited by an angel on his front porch—a man in a gray suit, who was idly leafing through a Bible Cash kept in his room. Cash pleaded with the angel to save Jack’s life and offered to switch places. “No,” the angel responded, “it’s not your time.” Jack died, but he would forever appear in Johnny’s dreams, always two years older than the singer was himself.

5. Before Johnny Cash transformed into “The Man in Black,” he was actually the Man in Blue. He became Airman John R. Cash when he enlisted in the U.S. Air Force on July 7, 1950. He excelled in his ability to intercept radio communications and transcribe Morse code signals. After basic and advanced training, he was shipped to Landsberg Air Force Base in Germany, where he took a quick fancy to German beer, cognac, and off-base benders with pals. His other extracurricular activities included peddling cartons of cigarettes on the German black market and getting into scraps at bars. However, it was in Germany where he formed his first music group, the Landsberg Barbarians, and began writing songs based on his own experiences. The first two songs he wrote were “Hey, Porter” and “Folsom Prison Blues.”

6. On August 7, 1954, Johnny Cash married Vivian Liberto at St. Ann’s Catholic Church in San Antonio, Texas. They met at a roller-skating rink in The Alamo City before Cash shipped off to Germany. They wrote thousands of letters to each other over a four-year period. The couple later produced four daughters: Roseanne, Kathy, Cindy, and Tara. Sadly, their marriage began to unravel when Cash was introduced to amphetamines while on the road, and they divorced in 1966. Over the years, Cash’s amphetamine use steadily increased and nearly destroyed his career and all his relationships. At one point, his six-foot-two frame dipped to a dangerously low 150 pounds. Johnny and Vivian made peace with each other later in life, and he even approved a book Vivian wrote about their time together. He knew he had failed her.